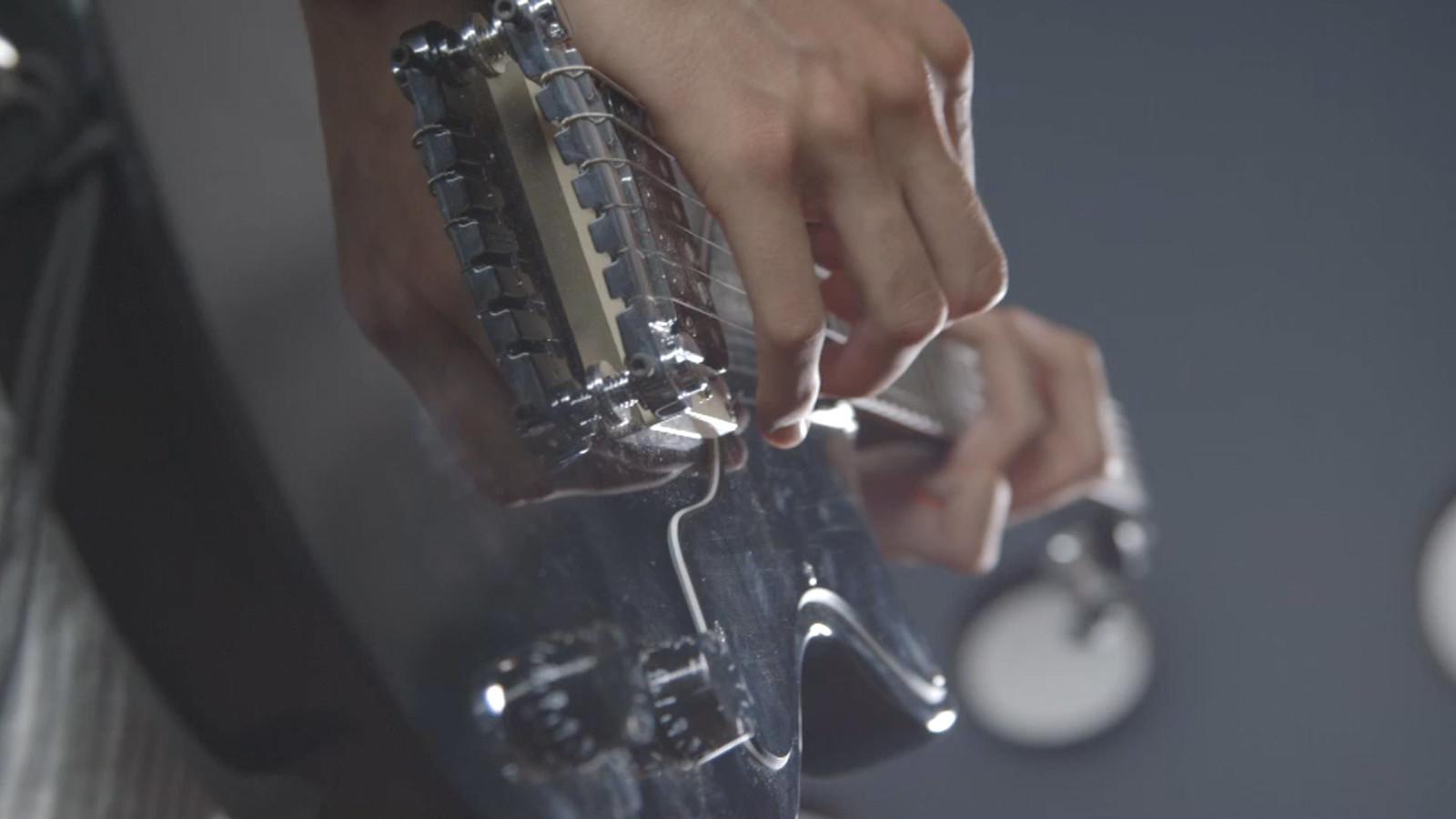 I’ve been playing both guitar and video games since I was 13, so you can imagine how excited I was to work on the launch-campaign for Rocksmith, the technological wonder that combines the two. For those who don’t know what Rocksmith is, please don’t mistake it for another Guitar Hero, which at best, could only prepare you for a drunken air-guitar solo at your next relative’s wedding. Instead, Rocksmith is a piece of software that allows you to plug any electric guitar directly into a PC, XBOX 360 or PS3 and learn to play the thing for real. It teaches you songs, scales, technique via a dynamic learning system that includes minigames that take all of the suck out of learning.

Image of someone plugging into Rocksmith 1 on a PC.

The first Rocksmith was imagined, designed and launched as a video game. And it was successful. They sold over a million copies and got solid reviews. Post launch they realized they had hit a ceiling. While people loved the gamification of learning, they didn’t want to wade through a game-like level-system to unlock things like virtual amps and additional songs. People wanted to learn what they wanted, when they wanted. So Rocksmith was reimagined and redesigned as a learning software system first. In doing so, they produced the fastest way to learn guitar, a fact that was later confirmed by a national research study. Our Job asked to help reposition it as such which would require a fundamentally different approach.

A number of us were musicians of some sort, a few guys in the agency had actually started learning on the original Rocksmith, and our primary client, the Senior Brand Manager, is an accomplished band guitarist, so we had a head start moving into strategic planning and ideation. But we needed to narrow our audience. So we did some research. While I can’t reveal anything about our findings due to confidentiality courtesy (which is too bad, cause there was some really great shit in there), I can tell you we decided to target the beginner. Not the dreamer. Not the virtuoso. The beginner. The guy that just got his guitar, or has one hidden under a bed and needs help getting past the learning curve that KOs most of us in the first 30 days. We would court them via broadcast as well as digital and social channels.

After the all too typical and self indulgent attempt to devise a campaign of clever ideas, we came to a simple conclulsion: watching real people play and progress was far more compelling than any of our ideas. It became clear to us that Rocksmith Edition was the P90x/Rosetta Stone of guitar learning. It really works and works faster than other methods. We didn’t need to sell people a dream – we needed to prove the thing worked. So we traded in rock clichés and guitar-porn concepts for testimonial/demonstration campaign.

So we proposed a 60-Day Challenge (hardly original, but perfectly appropriate). We would recruit 10 people who didn’t play guitar(or barely played), give them an Epiphone guitar (Rocksmith’s brand partner), and ask them to play Rocksmith for 1 hour a day for 60 days. We would document their experience on Day 1, Day 45, and Day 60. Then we would showcase their progress.

While we were all committed to creating a demonstrative testimonial campaign, none of us were willing to produce a bad infomercial. So we let music videos and documentaries guide us. We pulled from references like Guitar Center Sessions and Mason Jar music videos, as well as documentaries like It Might Get Loud, and Sound City.

Inspiration clip of Jack White from It Might Get Loud – a guitar documentary.

Then we went shopping for a creative production partner who could run the challenge and create the look we wanted. In the end we hired HARDPIN, the group of documentary filmmakers that produced all of the video content for the last Obama campaign. Their experience assured us they could handle the logistics of the production, and their work assured us that they simply could not create a bad infomercial.

Image stills from a number of HARDPIN productions.

After kicking off with HARDPIN, we cast, built out schedules, and procured all the equipment necessary to move forward. Day 1, we met at our first participant’s apartment in Santa Monica, CA. We watched Ross, a relatively good piano player, fumble on the fret-board like a man with two left hands. I won’t lie – I was a bit nervous. After all, the campaign was as much an experiment as a creative approach. Luckily, the participants really learned to play. Like, no shit, the learned to play. They were playing full bar chords, scales and riffs from complex songs by Day 60.

A pretty cool side note for fellow production nerds – HARDPIN used a thing called the Teradek Cube Pro that let us monitor every live shot on our iPads via a WiFi connection. Video Village is now mobile.

Video playback on an iPad.

Kind of a fun side-note: Saimon, our director, started his own 60-Day Challenge somewhere in the middle of production. Turns out, watching these guys progress was pretty compelling.

We partnered with BEAST out of San Francisco to do post-production. Tim Fender (The Tim with the better guitar name than me), was our Senior Editor. He worked tirelessly for a month to edit over 100 hours of selects, from over 800 hours of footage, into a series of video deliverables. BEAST also handled color and finishing. Nomadic took care of title design. Another side-note: after watching the following videos in their various forms, for 37 days straight, Tim was persuaded to start the 60 Day Challenge as well. Now if only we could get consumers to watch the spots that many times too, we’d sell millions.

All of the work was produced by a freelance producer named John Riddle, out of SF. Great producer – I’d highly recommend him to any other organization. He’s worked for some great shops, including Goodby, and produced all kinds of projects including Super Bowl spots.

In the end we collectively produced an honest testimonial campaign with creative integrity – one that tested through the roof. This resulted in a series of marketing assets that the brand team at Ubisoft will use to market the brand across a variety of paid, earned, and owned channels. We’ll start the word of mouth campaign right now: if you are interested, or have ever been interested in playing guitar or bass, buy Rocksmith and start your own 60 Day challenge. Give it 60 days and you will learn to play guitar well enough to enjoy it for life.

Tim’s 20+ year career includes experience in account planning as well as art direction at agencies in Minneapolis, NYC, and LA. He has led the development of identity, campaigns, and interactive work for some of the world’s most esteemed brands.